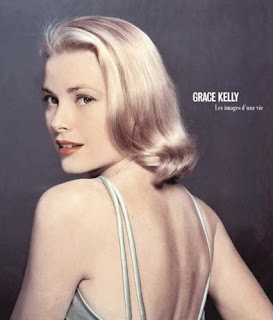 Damn you. There you are out there waiting for me to write something. You check every so often to see if I've posted something new. Like I need this pressure.

You probably know that I saw The Hurt Locker (2008) last week. You're waiting for me write about it. What's the matter, you wonder, didn't care for it? On the contrary. The Hurt Locker is the kind of film going experience that helps one realize that yes, good films still get made. There's hope. The Hurt Locker also guaranteed that I would never, ever wish that I had served a tour of duty in Iraq -- not that I ever had. But no, I'm not going to devote a whole post to it. I just don't feel like it, okay?

You also are wondering if I'm going to write about Hitchcock in general or one of his films in particular because, after all, there were a couple of his films on TCM yesterday. Both of those movies starred Cary Grant, and it was Grant's day on Turner so doesn't it stand to reason I'd be writing about him? Fact is that I watched To Catch a Thief (1955) for the first time in many moons. I still don't particularly care for it. Love Grant, love Grace Kelly (huhha hubba) and Lord knows I'm a huge Hitchcock fan but that particular movie just doesn't do it for me. And I don't feel like writing about why.

You also probably recall that I had recommended Marked Woman (1937) starring Bette Davis and that it was shown on TCM Saturday. Surely I'll be wanting to write about that. Yeah, well I guess I could discuss it and if I did I would remark on what a fine performance Bogart gave as a good guy in a movie replete with bad guys. But I think I'll pass on that. Don't wanna.

If you're really in the know you maybe aware of the fact that earlier last week I recorded a couple of Harold Lloyd films when it was his day on TCM. (Which reminds me, how do you know so much about me?) These were my first Lloyd pictures and I loved them. I was thunderstruck in The Freshman (1925) to see my home away from home, Memorial Stadium here in Berkeley right there in the middle of a 1925 movie. Memorial Stadium is where I've been going for eons to see the University of California Golden Bear football team do battle. Some of the football scenes in The Freshman were shot there just a year after the stadium was completed and yes, smarty pants, that's well before my time. Loved The Freshman but enjoyed Safety Last (1923) even more and only regret that I didn't record more Lloyd films. But as for a whole post on it...not gonna happen.

So I know what you're doing now. You're wondering, is something the matter? Does the guy have one of his cases of writer's block or has he been sick or is he down in the dumps about something? None of the above. I could write a novel so absent is any writing obstruction (and indeed I'm trying). My health has never been better and I'm tearing up the treadmill and the weight machines at the local YMCA. As for my spirits they're soaring. Happy days and all that. Ya know there's actually two things I do better when times are tough: sleep and write. Depressed, busy, or in a grind? I sleep like the proverbial log (say, have you ever seen a log actually asleep?). In those circumstances I also write with the ferocity of Proust on cocaine. ( I gotta know, does that line about Proust on coke make sense?)

Please don't get your panties in a bunch. I'll be writing stuff and nonsense and much a do about something related to films soon enough. I'm just not going to force it. You've done enough by making me feel guilty for not writing in three days. You and your prying eyes. Your nosiness. Your needs. I've got needs too, ya know. Like tomorrow, fer instance. I'm taking one of my day long excursions to the ocean (Pacific, if you must know). It's a long ride on public transport in which I do a lot of reading. Then I walk along the beach totally in awe of the waves and the vast expanse..blah, blah, blah. I even wrote a post about such a day last Summer.

So that's that then. I feel kind of bad about how harsh I was at the beginning. Actually, I quite appreciate your interest in this blog and thank you for reading. I just need my space. (Now why do I feel like I've been talking to myself?)

Posted by Richard Hourula at 10:26 PM

If Proust did coke we'd have called him James Joyce.