I'm About to Have a Procedure, I'm Writing Another Novel, I'm Teaching and I Rant About Films 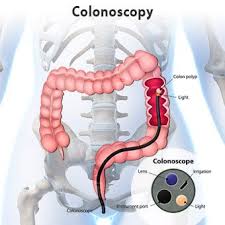 I'm hungry. And thirty. My colonoscopy is scheduled for just under three hours from now. I haven't had  anything to eat since 1:30 yesterday and my last sip of water was over an hour ago. I'm also tired because my sleep was interrupted by trips to the toilet and I had to get up at 5:00 to drink a batch of the liquid -- tastes like cherry cola -- that cleans out the intestines. This my second colonoscopy. The first was ten years ago. Like that one, today's will include an endoscopy. Of course a patient is out the entire time so there's never any sensation of an object going down one's mouth or up the area where the sun don't shine. Thank god for that. It's one of those deals where you  put yourself in the hands of professionals. In that sense there's nothing to it. I've maintained excellent physical health all my life and am hoping that in the aftermath of today's procedures it'll be another case of no news is good news.

Did I mention that I'm working on another novel? The damn thing is just writing itself. It started as a short story but kept on going. I sit down put my fingers on the keyboard and the magic happens.  Weird how that works. Walking to the gym or work I'll find myself thinking about it and creating scenes or dialogue, some of which I end up using and some of which I don't. Meanwhile I've got another book that is in the hands (more accurately it is in the emails) of agents and publishers. So far two have said "thanks but no thanks." All I need is for one to say, "yes, please." The novel I sent out late last Winter has now officially been rejected by everyone I sent it to and it is in the shop for repairs. I think I can make something of it yet but it'll have to wait until I finish my newest venture.

I've been teaching one class a morning (Monday through Friday) since the beginning of June at a school walking distance from my humble abode.  It is a very small school but students are just as wonderful. Teaching ESL has restored my faith in humanity. To see all these people from different countries getting along so well, making life long friends, helping one another, sharing adventures and being good classmates helps offset the horrors that emerge from the daily news cycle. It's been over eight years of teaching ESL and of course I still face the same kind of mistakes. Spanish-speakers who use the word "history" to describe what we call a story. Brazilians (and others to a lesser extent) who pronounce every word ending in ed with the hard ED sound as if the endings of the words ended and danced were pronounced the same. Apparently they were in days of yore. But now of course we give the t sound ending to words like danced, laughed, hoped and the straight d ending to words like pulled, called and cried. Students from all over the world want to constantly use the word moment. (I've not idea where this comes from.) As in: "in this moment I am thinking about going to a university." I am forever writing the word moment on the board, drawing a circle around it and then a diagonal line through it. Students also say yesterday night, ask "how can I spell this word?" say that a person has 24 years instead of is 24, say all the people instead of everybody and say make a party instead of have a party. And yes I could go on and on. Same stuff over and over and I really don't mind correcting them, it's my job and I enjoy watching them improve.

Sunday after watching Federico Fellini’s La Strada, I wondered if filmmakers who saw the movie when it was released automatically threw up their arms and said, “well, shit, we can’t do anything near as good as that, we might as well give up.” It would have been an understandable reaction. It's a a damned great film. But movies have continued to be made and Fellini himself equaled or bettered La Starada a few times with such classics as Nights of Cabiria, La Dolce Vta, 81/2 and Amarcord. Others have persisted in making movies with considerably less success. For example there have been eight Fast and Furious movies (really, I looked it up) and there’s a ninth scheduled for release next year. This proves the old adage that if you can’t beat ‘em, join 'em and if you can’t join 'em, make some really awful shit that you can foist upon a public that doesn’t know good art from an Nintendo. Really, there have been eight of those goddamned movies and more coming.

Those geniuses at Hollywood have become grand masters at developing a franchise (this is not to be confused with the actual art form of making an original film) and cranking out an endless stream of movies from it, most of which are sequels but some are prequels, still others are reboots along with the eventual spin offs. These movies even have their own “universes” such as the Marvel universe. Gawd.

People eat this crap up. They start dining on it at a young age and become addicted. It's like fast food pizza that is heavily salted so that people crave it. Many film goers have no experience seeing movies made by the likes of Fellini or Bergman or Tarkovsky or Malle. (Like some people have no experience eating really good pizza.) They also have never seen anything made prior to Star Wars and very little from around that time period (late seventies) that isn’t also in the action/adventure genre. Of course people who flock to their local cineplexes to be bombarded by surround sound and special effects, occasionally take in other types of films such as raunchy or romantic comedies or raunchy romantic comedies.

So there you have it. I started off writing about my colonoscopy (now two and half hours away) then had a nice bit about teaching and finally another angry tirade about the current state of cinema. Pretty typical for me.

If you don't hear a report from me about the procedure just remember that no news is good news.
Posted by Richard Hourula at 11:09 AM No comments: