What was Your Favorite Part? 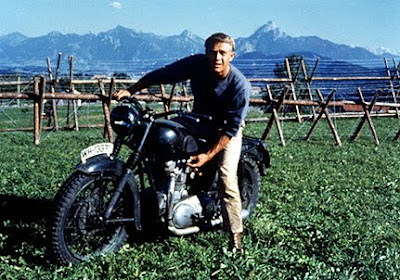 Back when oldest daughter was a little girl I regularly took her to the movies. Inevitably upon leaving the theater she'd look up at me and ask, "What was your favorite part, Daddy?" I'd dutifully answer then ask the same question of her. It is not the type of query most adults pose to one another. But I don't see why they shouldn't.

A sure sign that you've just watched a bad movie is that once the closing credits roll you quickly start to forget everything you just saw over the preceding two hours. I saw the 4th installment of the Indiana Jones series last year and not only can't I tell you a blessed thing about today, I couldn't have recounted a single scene the day after seeing it. Great movies achieve their status because they are memorable and they have scenes (or "parts") that are indelible.

Many such scenes became part and parcel of our culture. For example the "you talking to me?" scene from Taxi Driver (1976), the "I coulda been a contender" scene from On the Waterfront (1954) or "the frankly Scarlett I don't give a damn" scene from Gone with the Wind (1939). Those are cinematic moments we share within our society and for that they are special. But there are also personal favorites, some of which may have only a handful of fans. Below I share some of mine. And I'm so taken by the idea I'd like to start a website called "What was Your Favorite Part?" in which people submit a brief description of a favorite film scene with a few words about why it resonates with them. I was careful to say "I'd like to" start it because frankly I don't have the time to. Classes start for me later this week and I'll be working again soon and I've got the great American novel to finish and then there's the demands on my time from adoring fans. I'm hoping one of you out there will pick up on the idea. It should be fairly easy to start and manage and should be a lot of fun. Whattaya say? Someone? Anyone?

In any case I've gotten the ball rolling. Here now, as promised are a selection of my favorite parts of movies. Some are well known, others more obscure.

I like the part in To Be or Not to Be (1942) when Joseph Tura (Jack Benny) in the guise of a Nazi dignitary meets with Gestapo Colonel Erhard (Sig Ruman) and plays him like a drum. He even feigns indignation at a joke made at the Fuhrer's expense, putting the bumbling Colonel on the defensive. He also flatters the colonel by saying that in London he is known as "Concentration Camp Erhard." Benny is masterful in the scene, Ruman the perfect stooge and of course they were directed by Ernst Lubistch so no wonder its so good.

I like the part in Follow the Fleet (1936) when Fred Astaire and Ginger Rogers are doing their final dance number. It is my favorite of all their cinematic dances together which is saying something considering how many great ones they performed. The song is "Let's Face the Music and Dance." It's elegant, athletic and elevates the rest of the movie from cheesy musical to poetry. Everything from the set, to the costumes to the orchestration are perfect. Most of all Fred and Ginger are perfect.

I like the part in Goodfellas (1990) when Joe Pesci asks Ray Liotta "what's so funny about me?" It is a deservedly famous scene that Pesci reputedly wrote. The first time you watch it you get nervous right along with Liotta. Indeed the second and third and 20th times have the same effect. You sense the danger of Pesci's character and in turn the danger of the world in which they live. It builds and builds and then releases wonderfully into laughter.

I like the part in The Great Escape (1963) when Steve McQueen as Hilts takes on the whole German army in Germany, no less, with nothing but a motorcycle and his wits. This is the first film I ever truly loved and this scene is part of why. McQueen hadn't a chance but that he gets as far as he does is absolutely thrilling. His last desperate attempt to jump the last fence ends with him tangled in barbwire but he accepts his fate with a wry smile. What a cool guy!

I like the part in Animal House (1978) when Bluto (John Belushi), D-Day (Bruce McGill) and Flounder (Stephen Furst) kidnap the horse and take it to the dean's office. Belushi is hilarious running head of the others, stopping, squatting, looking left, looking right, eyes wide arms and legs out as if ready to pounce. Bluto and D-Day send Flounder back in to shoot the horse though its just a gag as the gun holds only blanks. What a surprise when the horse dies anyway, from a heart attack. All Bluto can say, over and over, is "Holy sh*t," in Belushi's inimitable style.

I like the part in The Aviator (2004) when Leo DiCaprio as Howard Hughes takes Cate Blanchett as Kate Hepburn for a plane ride. The music is Benny Goodman's "Moonglow" as Hughes gives his date the controls and the plane soars over Los Angeles. We feel like we're right there in the cockpit enjoying the thrill as the plane approaches a hill then elevates comfortable higher to safety. Exhilarating.
Posted by Richard Hourula at 10:14 AM

Wow, that scene from Follow the Fleet is actually my favorite Fred & Ginger dance sequence EVER. You have great taste, my friend!

I'm tempted to take you up on the "what's your favorite part" site, but seeing as how I've fallen down on the job of managing my *cough* five blogs, I'm not sure I'm the gal to do it!

By the way, even though I'm not a kid anymore I still ask that my parents that question anyway. It must be a daughter thing ;)