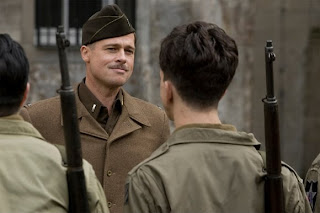 Those of us with even the teeniest amount of self awareness all know one thing about ourselves: we are not perfect. We all have varying degrees of acceptance of this fundamental fact, but there is no getting around at least some of our imperfections. We therefore seek transcendence in other things.

Looking for it in other people is futile. Our most celebrated athletes, entertainers, politicians and writers may have a special talent but are, without exception, just as unalterably human as we are. In case this should be forgotten the media is always quite ready, willing and able to report blemishes as they become apparent.

So we look to things. Many people find perfection in their country. This is not patriotism but blindness. A nation state and its government is a construct that even in the best of circumstances will at some (or perhaps for that matter all) times will be exploited by the few for their benefit or in other ways not best serve the many. And of course countries rely upon leaders who are human... and well you know where this is going.


So we look to art. Through songs, paintings and films we can find beauty. Some works of art we enjoy or admire but acknowledge could have done with a change here or there. But others, albeit a precious few, we celebrate, revere, worship. Here at last is perfection. And we adopt it. It is part of our identity. It is of us.

No bloody wonder many react so angrily to criticism of their favorite movie.

The more fragile our ego, the weaker our self esteem, the more angrily we may react. Not surprsingly older teens and fanboys breath fire when one of their chosen ones is blasted by a critic. Film critics who dared question the perfection of The Dark Knight (2008) last Summer were vilified by angry emails, blog posts and the like. A few months ago the Transformers sequel was roasted by critics far and wide. The near unanimity of opinion of the film did not stop the films legions of devotees from screaming foul at critics. Teens and the typical fan boy is at a vulnerable age, struggling for identity. When something they love is not universally adored they feel the self they are just now forging is being questioned.

One would assume that an old coot like yours truly would gladly avail himself of criticism of a favorite film, want to entertain all views. One would be wrong. I have fallen head over heals in love with Quentin Tarantino's Inglourious Basterds. If a writer has harsh words for it I don't want to know. And it's not just about current stuff. All Quiet on the Western Front (1930) has been around for 79 years and if someone has written anything negative about it, whether upon its release or yesterday, I ain't interested.

So, how, you ask, am any different than those keening teens? By the very fact that I don't concern myself with attacks on what I love. If I happen to come across some harsh words for a favored film I hurry along to something else. Others will take the time to read opposing opinions and my even engage with civil debate. Bully! Depending upon how you look at it I either don't have the time, inclination or self security to hear what's wrong with what I find infallible. (Hey, I just assume not hear what you don't like about my wife and kids either.) On the other hand I'll gladly indulge every word of praise from others I can find. Let us share our love. Give me more insight into why I love this movie. Let me find new prisms though which to view and love it.

Of course this is movies. When it comes to political systems and philosophies, leaders, programs and aims, it is incumbent on all of us to remain detached and willing to hear all sides. Not that many people are capable of such rational behavior. The right has been particularly guilty of interpreting any dissent against government policy as sedition when it is in fact the privilege if not the duty of all citizens. Indeed some American patriots are quite evidently the most insecure people you'll ever see. The constant yammering about how great America is (Fox News' Sean Hannity even did a series of shows on how America is the greatest country in the world) is positively bizarre. Imagine a relatively young and successful person bellowing to one and all that he is the greatest person in the world and then brooking no criticism. Madness!

Let us all be willing to hear all sides on key issues of the day. Except of course if someone is talking mess about a beloved movie, them we can ignore.
Posted by Richard Hourula at 2:02 PM

I'd been planning lately to write a list of truths that should be obvious to people of all biases but still require reminders. Unfortunately, it's hard to think of enough. But my first choice is clear: Taste is not objective. To apply values like "great" and "awful" to any work of entertainment is to express a personal preference. The only way to come close to objectivity is to note relative success or failure at winning fans. Or money.

Riku, your comment on the right wing is a little dated now that Democrats are in control.

The Democrats may be in power but the right wing is still wielding influence and needs to be monitored and called on their fabrications, nonsense and scare tactics. Political control can be ephemeral in this country.