Five Movies and One Bad Cold -or- the Ancient Art of Film Blogging While Sick *Achoo!* 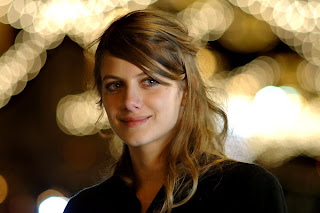 This is really brave of me. Or foolhardy. I'm on day two of a horrendous cold. I know, its too early, cold and flu season doesn't kick off for another few weeks, but I've got the whole deal. Sore throat, congestion, exhaustion, achiness. I've avoided serious illness and injury my whole life but ever since I became a teacher I've suffered an inordinate number of colds and the occasional flu. So it's silly of my trying to post, but blog I must.

The bright side to colds is that it gives you time to sprawl on the sofa and watch a movie. Let me catch you up with what I've been watching both immediately before this cold struck and during the onslaught. As I write I will be pausing to sneeze, sip orange juice and groan loudly, but you out there in cyber world will never know the difference.

So here's what I've seen.

Closely Watched Trains (1966). First of all that's a great title. But it has a lot more going for it than a pretty name. The film is from Czechoslovakia and won the Best Foreign Language Film Oscar. It's a touching coming of age story with World War II as the backdrop. Wow. If you're not quite sure what pathos is just rent this film. There is humor aplenty which is really hard to do when you've got Nazis running about and people getting killed. But the laughs are there and not in a way that will offend anyone. There is a young man at the center of the story who mainly just wants to lose his virginity. Jir Menzel directed. Four decades later his I Served the King of England (2006) was a big hit and written about by yours truly. It's a beautiful movie to watch and to think about. To tell the story it does, to end the way it does and not be emotionally manipulative is an achievement in itself. The story telling is restrained in the way many East and Northern European films are. The natural eccentricities of the characters are allowed to come though without any broad strokes from the director. The film is rife with deadpan moments from people just being themselves, whether duplicitous, goofy, or horny. That extraordinary events are transpiring around this collection of souls doesn't stop them from being true to who they are. We get to watch. neat.

Paris (2008). The wife and I caught this at the theater Sunday. In addition to the fact that the film has been well received, we wanted to see it to get another look at Paris the city, where he'd had such a grand time at the end of last year and where we plan to go against soonest. The movie did not disappoint on any count. Juliette Binoche was among the featured cast and that's always a good thing (although I do find it sad that she reportedly has a great crush on me while here I am in a state of marital bliss). Its an episodic movie which means there's a bunch of stories going on. This is a risky kind of film to make but it works here because all stories and characters are strong. There's not point at which you think, "not this jerk again." Any movie that clocks in at well over two hours and seems too short is good. Also in the cast is Melanie Laurent (photo above) who I, and millions of others fell in love with this past Summer for her performance in Inglourious Basterds. This is such a different movie and she's playing such a different person that it took me an embarrassingly long time to recognize her. She's going to be a big star, folks. Yes, of course she can act, and of course she's beautiful, but she's got the requisite film presence highlighted by that captivating face. Romain Duris as the 30 something dancer who needs a heart transplant probably gets the most screen time and he's wonderful. You may recognize from Moliere (2007). Cedrick Klapisch directed Paris and did a terrific job. Much to ruminate on about life and love. There's not overly dramatic score or outrageous behavior to muck it all up as so often happens in American movies. People going about their lives facing love, heartache, death, the possibility of own's one death and even just the day-to-day stuff is plenty anyway. Can't ask for more in movie.

Murder, My Sweet (1944). The cold had hit full force Monday when I returned home from a day's labors and opted for this wonderful film noir. You see enough of Dick Powell as a sappy, constantly smiling leading men in musicals and you're ready to swear him off. But then he turns up as Philip Marlowe, of all people, and all you can say at movie’s end is, "encore!" Based on Powell’s previous work -- whodathunkit. But Powell is second only to the great Bogie himself in playing the ultimate hard boiled detective. Edward Dmytryk (please someone, buy him a vowel) provided masterful noirish direction in one of those films that makes black and white cinema photography stunningly beautiful. Claire Trevor and Anne Shirley co star. Ms. Shirley retired from acting after this, at the ripe old age of 26 and what a loss. She was a looker. Though not quite in the same league as the best of the Marlowe films, the Big Sleep, Murder, My Sweet is still one of the better noirs ever made. It's sufficiently complex without being totally confusing and it's peopled by a wide variety of characters both mundane and creepy. In the latter category, Otto Kruger (wasn't that the name of some Nazi bigwig?) is so slimy, smarmy, disgusting and despicable you just want to reach through the screen and slug him. Yuck! A film worth watching every couple of years.

Un Secret (2007). It'd been about a year since I'd seen this in the theater and its one of those films that begs a second viewing. From France and director Claude Miller, it is the story of a young teen who discovers the family secret, which relates to the Holocaust. We see him as an eight year old, a fifteen year old and as a grown man. The film bounces about between those three time periods as well as a look back to WWII and the events that constitute the big family secret. The ubiquitous Matthew Amalric (A Christmas Tale (2008), The Diving Bell and the Butterfly(2007)) plays the grown up version of the boy. The delicious Ludivine Sangier, plays a tragic figure and Cecile De France is the mother. Here's another movie that takes a chance. Audiences can get impatient with films that bounce around in different time periods, especially when the introduction of certain characters seems confusing. Patience pays off and any lingering confusion can be cleared up with a second viewing. It's not a Holocaust film, per se. In fact just what kind of movie it is is best left to one's own interpretation. It certainly is about family, relationships and the kind of pain that can't possibly go away.

A Midsummer Night's Sex Comedy (1982) . Five movies, one from Woody Allen. That sounds about right. If 20% of the films you watch are from Allen you're enjoying life. This however, is not one of his better films. He supposedly wrote it in two weeks and it shows. There are many wonderful parts and characters, as in all of Allen's films, but the whole never holds, if you know what I mean. Based in small part on a similarly named play from some bloke named Shakespeare and to a slightly greater extent on Ingmar Bergman's Smiles of a Summer Night (1955), its the story of three couples seeking love and sex at a Summer House over the course of a weekend. Allen along with Mia Farrow (in her first pairing film pairing with Allen), Tony Roberts, Jose Ferrer, Julie Hagerty and Mary Steenburgen comprise the sextet. It's wild and whacky and features one of the best lines ever from an Allen film, which is going some, I know. When discussing love one character wonders aloud whether it is possible to have sex without love. Allen retorts that the two may be mutually exclusive. "Sex alleviates tension and love causes it," he opines. In the interests of preserving my marriage I'll refrain from comment.

That's it for me, Mr. Sicky McSickster. Now back to the sofa and perchance another film....
Posted by Richard Hourula at 12:58 PM

love this blob AND the photo of barbara Stanwick....

greetings from the uk