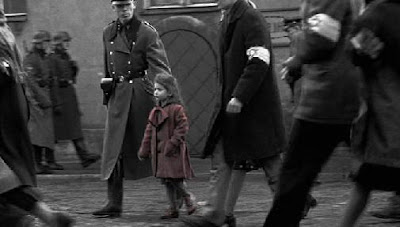 I believe that an important means of understanding the world today and human nature throughout time can in part be achieved by a study of the Holocaust.

It is a fool's errand to argue which is the most heinous act or program committed by humans upon one another but surely the mass extermination of European Jewry perpetrated by Nazi Germany would rank at or at least near the top of any such list, were anyone inclined to create one.

The sad reality is that humans, particularly within large groups, can be quite cruel to one another. A cursory study of lynching, burning at the stake, water boarding, The Spanish Inquisition, slavery and incendiary bombs would prove this beyond any doubt. Not incidentally this is a partial list of human misdeeds. As my study of history continues throughout my lifetime I'm amazed to learn of more and still more horrors we have visited upon one another.

The attempt to understand the extraordinary viciousness and callousness so prevalent throughout the world throughout time is, I think, essential in grasping who we are as a species and also to begin to evolve into a kinder gentler species.

The Holocaust is a particularly fertile field of study for a variety of reasons. Perhaps foremost among these is that it was carried out by one of the most advanced cultures of its time. These were not barbarians (in the traditional sense) but a relatively well educated populace, with rich traditions in literature and the arts. Also the Holocaust resonates with us still. Not only do some survivors and practitioners still live but the memory of what happened lingers powerfully in Western minds and continues to play a featured role in out culture. Lastly the Holocaust reveals the depth of brutality that humans can sink to. The mere fact of the mass extermination stands as a crystal clear reminder of man's inhumanity to man, to borrow a cliche, but one must add to this the unimaginable acts of torture committed during the Shoah, often as a consequence of a person's religious beliefs.

I find there is still more to learn and contemplate.

I don't mean to suggest that you, dear readers, need go to any such lengths. In fact you can understand quite a bit about the Holocaust while experiencing some of the best in cinema. It is not an altogether painless method of edification but it is an enjoyable one. (I realize it may sound perverse to suggest that a film, book or a play about such a topic can be enjoyable. But anything that enriches our understanding of ourselves and is thus fulfilling is to be savored.)

Movies did not immediately or successfully latch on to the Holocaust as a theme for films. In fact beyond the Nuremberg trials and the efforts of Nazi hunters to bring some of the worst villains to justice, the extermination camps seemed at first too horrible to contemplate as the West tried to move from the rubble of the war into a brighter tomorrow (albeit while the Cold War raged and smaller wars and revolutions continued to consume lives and resources).

It was more than a quarter of a century before serious and successful attempts were made to bring the Holocaust to the silver screen. The flood gates opened.

There have been documentaries aplenty (a good number have won Oscars awarded by an oddly conscience-stricken Hollywood) and feature films of varying success.

The best have included an early attempt from Sidney Lumet, The Pawnbroker (1964) about a concentration camp survivor living in America unsuccessfully trying to forget what he survived. It's a tad dated now but still a stellar film particularly given when it was made. Rod Steiger was nominated for an Oscar as the title character.

Just a year later came one of the finest films of any kind ever, The Shop on Main Street (1965) from Czechoslovakia. It won the Oscar as best foreign film.

Like The Pawnbroker there are no scenes from death camps, but this time the story is set during the war. It is the definitive look at how many Europeans profited from the plight of the Jews and more crucially the price of accepting such largesse.

Many more films touched upon the Holocaust, such as Sophie's Choice (1982) which features one of the most riveting and heart breaking scenes on film.

While other movies before and since have included glimpses of the horrors of the camps or featured characters who had or were to experience them, nothing has measured up to Schindler's List (1993).

It is a film that answers the following two questions in the affirmative: 1) can film achieve the status of high art; and 2) can a depiction of horror and tragedy be successfully and beautifully presented in art.

There was not a scintilla of beauty in the concentration camps. In the case of director Steven Speilberg's film, a narrative presentation of those atrocities can move viewers in profound and not uncomfortable way. That’s a beautiful thing.

Of course, at the core of the story is the real life character of Oskar Schindler who we meet as a rogue and profiteer but who transforms into a savior.

A film relating non stop acts of brutality would not be worth a tinker's damn. But when that story presents a rescuer, a man who redeems himself tenfold times, that's a story. But Schindler's List is not just about the actions of a benevolent Aryan. We see too the bravery and determination to survive of the Jews themselves. There situation was beyond desperate, but they did not grovel, they did not lose faith. Those who died generally did so courageously, which is to say heroically.

Schindler's List is absolutely unsparing in its dramatization of the sadistic brutality exercised by the Nazis. Liam Neeson's rich portrayal of Schindler and Ben Kingsley's performance as Itzhak Stern are crucial to the success of the film. But Ralph Fiennes brilliant realization of the horrid real life figure Amon Goeth was if anything more essential in making the film.

For the 20 years I taught history I made a point not to sugar coat the terrible realities of such things as American slavery and the treatment of Native Americans. I reasoned that my students deserved the full story and it would be a disservice to present a benign version of this country's past. In that spirit Schindler's List is necessarily rich in bullets to the brain, children hiding in cesspools and the casual sniping of innocents from a balcony.

It is impossible to imagine a movie more accurately dramatizing events of the Holocaust. The scene of the train entering Auschwitz and the moments that follow seem chillingly real. And throughout the film the contrast between the blustering, strident Nazis, so superior as the ones in power, the ones with weapons, and the Jews, so bewildered so desperate to cling to their dignity, is beyond striking.

There is lastly, amid the film, the message of hope. Schindler saves many lives, not enough in his reckoning, but still....We even seem some of the real life survivors and their descendants at the end, honoring the man. Truly that is what we must ultimately take from the Holocaust. We can examine in minute detail the horrors. We can thus scream to the heavens the eternal question: “WHY?” But we must learn all we can. We must always know that there is hope, dignity, redemption and possibility within all of us. That if nothing else, we can learn and thus move forward to be that much better.
Posted by Richard Hourula at 7:55 PM