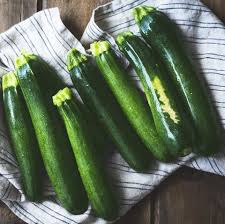 On our walk the other day the missus and I saw a young father standing on his front porch with his — I’m guessing here — eighteen-month old child in arm. He was chatting with an even younger man and woman who had evidently come by on their bikes. Here’s some of what I guess he said.

“Chrissy just got over a kind of nasty cold. She had a temperature of 100 last Thursday. But she’s fine now.”

“Jonah loves his new school. Janet and Robin’s son, Jonas, goes there too.”

“Yeah, Patrick and Michelle are expecting next month. They’re using the same doula we had for Chrissy.”

“Right, they’re having a home birth.”

“We were last in Mexico I think it was six years ago, a couple of years before Jonah was born.”

“We spent a week in Mexico City then went to Yucatan. We’re definitely going to take the kids when they get older. It’s so awesome down there.”

“I’ve been planning on painting the back deck for awhile now. Rachael’s been after me to get it done but we’ve been so busy. You know how it goes.”

“Depending on what we need we either go to Whole Foods or Trader Joe’s. How about you?”

“Last weekend on that really clear day? We went on a bike ride up in the hills.”

“We’re going camping when the weather gets better.”

“Rachel and I have been playing our guitars a lot, the kids love it. We’re going to get them into playing an instrument early. All the research says it’s really good for their development.”

“Gosh we haven’t been to a movie in awhile. Usually when we get a sitter it’s to go to dinner or a concert.”

“Leena and Thomas are getting married in June. They decided to have a ceremony for their folks. I guess it will be kind of traditional.”

“We hardly ever watch TV, just usually like stuff on PBS or occasionally a movie on Netflix. We’re always so busy.”

“Next Saturday we’re driving up to Rachel’s folks’ place. There’s lots of room for the kids to play and I can help with a few chores. They always cook a big supper. It’s nice.”

“Our friend Liam is moving to Seattle and he’s selling us his truck for cheap. It’ll be nice to have.”

“I killed a couple of guys last weekend when I was high on meth. Don’t tell anyone though.”

“Rachel and I strangled a weasel with our bare hands and ate it raw.”

“We’re looking for a cult to join. Preferably one with a charismatic leader who sexually manipulates his followers.”

“I went kayaking in the desert once. Kind of a blast doing it without any water.”

“When the kids act out we just scream at them and threaten them with knives. Super effective.”

“I wish I could go back in time and kiss Hitler. Don’t you?”

“You want some zucchini from our garden? We’ve got  plenty. Take some.”

Posted by Richard Hourula at 7:17 AM