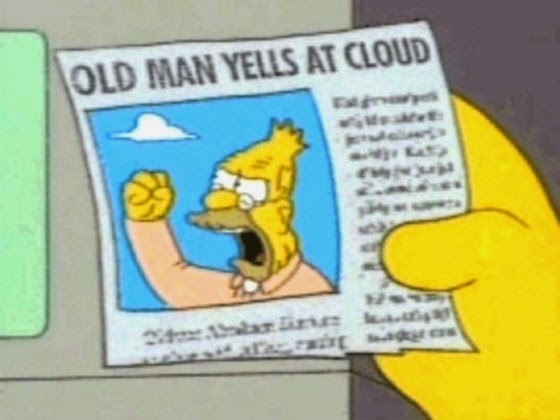 “If you don't say what you want, what's the sense of writing?” -- Jack Kerouac.

Hi. You read that right I started a blog post with "hi." Felt like it. We don't always follow our instincts and do what we feel like doing. This can be a good thing. I know that in much of my misspent youth I did precisely that -- just what I felt like doing. This led to some colossal mistakes. They can't be undone but they can be learned from. I was an aspiring young journalist, quite prolific with a nose for a story and possessing the dogged kind of persistence necessary to that kind of work. I loved it too. I was on my way to a successful career. But being in excellent circumstances isn't always enough. I've had a tendency over the years to have something wonderful, maybe even perfect and  to then want to change it, make it better. Trade it in for something new. This is a horrible character flaw.

I left the newspaper business at the ripe old age of 25. I took a job that I was ill suited for as the development director for a student lobbying organization in the state capital. I subsequently was a sandwich maker, a furniture sale man, a gift shop employee, shoe salesmen, a bank teller, and a proofreader before finally going into teaching, a profession I've been in for nearly 30 years.

So let's see if I got this straight. I was enjoying a budding career as a journalist and dropped it on a whim and never returned wandering from job to job and from city to city for seven years before I became a teacher. Well at least I've been a good teacher and have enjoyed the work. But still....

I am not the least bit unhappy with my life and spend virtually no time pondering what ifs and why the hell did Is. No point. I am in the greatest marriage possible with two wonderful grown children and love my current job beyond measure. My health is excellent and the joy of my work is augmented by a deep love of film, literature, music, sports and my own scribblings. Not bad. The kind of spur of the moment whim I currently indulge in is more along the lines of starting a blog post with "hi."

Rumination and retrospection and self reflection are not to be overdone. Indulge yourself from time to time but don't make a cottage industry of it. Better to occupy large chunks of time in the pursuit of happiness. Wisdom for the ages.

Delightful cafe americano earlier today helped make up for an inadequate night's sleep. Actually. Sat down watched a full American football game cause it was Cal opening their season after 1-11 face plant last year. The Golden Bears actually won and I'm all smiles and tonight will follow tradition and  eat ice cream.

I have the next week off. From work. I will write. Watch films. Go to the gym. Read. Talk a long walk in the hills. I will do research for a novel. I will send out another one. (Interested?) It's funny how people react when you tell them that you've written a novel or are working on one. Some people -- not many -- will ask a lot of questions and may even offer some encouragement. A lot of people will offer a nod and maybe a comment or question but quickly try to change the subject. And a lot of folks will just out and out ignore you as if you said you'd just spent the night being probed in an alien spacecraft. They don't wanna know. I'm sure a lot of them think what an idiot you are for joining the long ranks of those who dream of being published. In their minds you might as well say that you're planning on winning the lottery. To some of those who give you the silent treatment you are speaking another language. You are talking about something that is well beyond their imaginings. These are generally people who don't themselves do a lot of reading. I have no illusions about the chances of being published but given my nature I'd be insane not to try. I've wanted to have a novel in print since at least the fourth grade. My dad believed in me anyway.

But like I said at the beginning of this post -- hi. Sometimes people will greet you with "hi there." I don't understand this one but don't worry about it either. I once had a coworker who "hi there'd all the time. A few of us shared -- but not with her -- that we were not fans of a hi with a there at the end. But not a big deal. What's wearing on me is the overuse of words like grab and guys. "You guys wanna grab lunch?" Everyone is guys and and guys are always grabbing stuff. I grew up in a golden age when grabbing was impolite. "Don't grab!" We were admonished. But like the young people say, "whatever." I could do with out all the whatevers too. Most of all though I hate "no worries." This just crawls under my skin and eats at my brain causing searing pain and gastrointestinal distress and great waves of overwhelming depression and thoughts of homicidal rage. Please don't ever "no worries" me if you know me or chance upon me. I'm liable to lose it right there. What I'll lose I can't say. And whatever I do lose I hope I find it. I've heard of people losing family members. "We lost our father this year." Have you looked everywhere? Is he hiding? Maybe he was kidnapped! Shouldn't you still be out looking for the old coot? Oh you mean he's dead. Well for crying out loud why didn't you say so? Fact is then that he's not lost at all. He has ceased to be among the living. Happens to all of us. No shame in it. No need to say he "passed" or was "lost."

I think I'll prod the wife into making dinner. This can be dangerous. She is an utterly delightful woman but you hit her up on dinner at the wrong time and there's hell to pay. Wish me luck.

Posted by Richard Hourula at 7:10 PM