Recently there was much ado — and rightly so — about the 100th anniversary of the Tulsa Race Massacre. Tom Hanks even favored the New York Times with a guest editorial about it. (Conservative actors and politicians were largely silent on the occasion — go figure.) Hanks and others have expressed dismay and surprise that they had only recently learned of the tragic events of June 1921. Obviously, none of these people took my eighth grade history class.

No, I’m not going to brag about the fact that, while others were in total ignorance of the slaughter, I was not only well-versed in it, but teaching about it. Okay, maybe I just did.

But there are several other more important points that I’d like to make.

One is that many (maybe most) history teachers at all levels of public education, cover whatever is in the prescribed materials, most notably textbooks, and don’t bother to supplement that with anything save current events (particularly those that can be linked to the past). A lot of history teachers only have a perfunctory knowledge of U.S.History and some use it to propagandize their students (both from the left and right). Once they have their degree (assuming it is in history, many history teachers have an English background or primarily teach English — or Humanities or Fine Arts or whatever bullshit name they're giving it these days) they don’t bother with further research. Again, not to brag, but I did. Okay, so maybe I bragged again.

I’ve had a life-long passion for history, particularly that of these United States. So as a history teacher, I constantly found that I was learning of new events and people, many of which fit into the general curriculum, or was so damn interesting and important that I was going to wedge it in anyway.

Back in the early nineties I learned about the Tulsa massacre and thought it too important to omit from my teachings. Horrible injustices make for dynamic teaching but more importantly reveal fundamental truths about a country or topic or field of study. No better example exists than slavery.

When I went to school (and dinosaurs roamed the Earth) we learned that slavery had existed. But that, as they say, was that. It was an abstract. A word. It had neither blood, sweat nor tears to it. It was not until I was a university student that I came to understand the full horrors of chattel slavery in America. I’ve been trying to come to grips with it for the many decades since. I thought it important to try to help my students understand what slavery was like. Oddly, this did not always go over well. Some folks thought it was too much for young minds to absorb. Well, slavery was too much for young bodies to endure but they had to do it. Truths can be difficult and that makes it all the more important that they be understood. No one is done any favors by sanitizing reality. Not many complained but some did and they were just as often African American as white. A few Black parents literally wanted me to skip over slavery. Imagine teaching about emancipation or reconstruction or Jim Crow without first mentioning slavery. It would be like teaching about the American Revolution by starting at the writing of the Constitution or about World War I by starting on November 11, 1918.

Abuse survivors need to tell their stories and those stories need to be heard. The enslaved suffered perhaps the worst kind of abuse imaginable. Certainly they need to be heard, even if posthumously.

Earlier I mentioned that some history teachers use their bully pulpit to propagandize students. This is a teaching sin. When you are “spreading the word” or suppressing uncomfortable information that doesn’t fit into your narrative, you are straight up lying to students. You are denying them the truth and worse, you are denying them the right and the ability to make up their own minds. Better to develop critical thinking skills.

Teaching is like journalism (my previous profession) in that the best in the business strive for objectivity fully aware that the best they can do is get close. Journalists pick and choose which stories to cover, what sources to employ, what quotes to use and what to emphasize in their writing. History teachers inevitably make decisions about what to use from textbooks (nobody teaches the whole damn book — do they?) what supplemental materials to use and in many cases what to put on tests and what to offer as choices for term papers. (I should add that some teachers — especially newbies — get everything, including tests, from the materials provided and don’t deviate from it — shame on them, you’re boring your charges to death.) As a teacher who supplemented A LOT, I made subjective decisions about what to use — for example, writings I found on the Tulsa Massacre. But whatever one provides students should either be objective (if written or oral) or if it isn’t, teachers should make students aware of whatever biases are implicit in the work. Also, in whatever form of lecture a teacher provides, words should be chosen carefully so that students are making up their own minds. 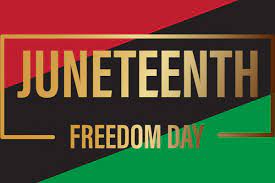 One should not have to say something like “slavery was terrible” or “Lincoln was a great president,” presenting the facts will certainly allow students to draw those conclusions themselves and it will be more meaningful to them.

From what I know of the man (we are not intimates) Tom Hanks is a student of history. Most people aren’t. Most people had bad history teachers who failed to convey the drama, excitement, importance and lessons inherit in the study of history. They are thus under the mistaken impression that history is boring. More’s the pity.

It seems to be a problem running through the American right like a virulent disease, to ignore, misunderstand or pervert the history of this country. Witness the outrage from conservatives over the teaching of critical race theory. In their blinkered minds, it is an attempt by Black Lives Matter militants to teach the hatred of the white race. The truth is that whitey does not come off well in any objective study of U.S. History (see: slavery, genocide of Native tribes, the Chinese Exclusion act, the Zoot Suit Riots, etc. etc.) critical race theory was explained thusly by New York Times Columnist Charles Blow in a recent opinion piece: “The theory, born in the 1970s among legal scholars, uses race as a lens through which to examine structures of power. It was, I would argue, a relatively obscure concept — not because it lacked merit, but because it was novel.”

All it does is show how race has played a factor throughout U.S. History and whoever doesn’t understand that is either woefully ignorant or a bigot.

Yesterday Congress voted to make Juneteenth a federal holiday. No one in the senate had the temerity to vote against it, but twelve members of the house did. One explained that celebrating the end of slavery would further divide Americans. So I suppose he’s suggesting that many Americans hold the belief that slavery maybe wasn’t so bad. Fuck that guy.

Juneteenth has also not traditionally been taught in schools. Full disclosure: I didn’t teach it. Why? In my defense I spent A LOT of time on slavery, the underground railroad, abolitionists, the Civil War, then moved into reconstruction then to Jim Crow. I couldn’t leave matters there. Even through the curriculum said stop in 1914, I had to contrast the sad desperation of old Jim Crow and lynching with the soaring inspiration of the Civil Rights Movement. Anyway, Juneteenth got lost in the shuffle. My bad.

The comedian George Wallace had an excellent point about Juneteenth becoming a holiday: “Juneteenth without also protecting our voting rights is all bun no burger.” Truth. For it's clear as crystal that Republican efforts to restrict voting rights are primarily targeting African-Americans. It's all the proof you need that the right is now morally bankrupt and racist as hell.

A final word. Black history is not, in some cases, a separate field of study. It is and should be integral to the study of the whole American Experience. I always had a long unit dedicated to African Americans beginning with the arrival of the first slaves in 1619 and culminating with the passage of important Civil Rights legislation in the sixties (I also gave a nod to Malcolm X and the Black Panther party). The impression created was that Black  Americans, like Native tribes, were and are a separate people who get their own story. I was de-emphasizing — wrongly, of course — the American in African-American. The history of what has happened to Black people is also the history of what white people have done. There were, after all, people who were doing the enslaving, the lynching and the oppressing. The pathology of white Americans is a story that needs to be told and understood. It is what — for worse, of course — has shaped the Black experience in this country.

Oh, here’s another example: The Tulsa Massacre -- you should totally check it out.

Posted by Richard Hourula at 7:28 AM