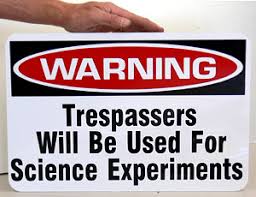 Occasionally I pop over to Hulu to watch one of their offerings. First I get the main page which simply has their  name on it. Then I select myself, as opposed to a family member as we all share in the account. Then I get a message asking me to wait “while we gather what’s new.” Huh? Did I catch them by surprise? Were they totally unaware I might pop in on them? They had to hastily get dressed and then go around gathering the new shows and movies they’ve added since my last visit? And I have to cool my heels in the lobby while they do so? I could save them the trouble. I’m rarely interested in “what’s new” and if I am it’s cool if they don’t have it “gathered” for me. If it’s up next time, that’ll be fine. Also, how exactly do they go about “gathering” the new shows? Are they strewn about like wildflowers? Makes no sense to me. Speaking of streaming services, good ole Netflix sent me one of their emails this morning informing me that they had a list of what people in my area are watching. Like I give a fuck. What do they think? I’m going to note that people in my area are watching “Bosco and the Giant Lemmings in the Mystery of the Missing Clavicle Bone” and think, shit if everyone else is watching this IN MY AREA, then I’ve got to check it out. It’s like they’re always telling you “what’s trending.” I don’t want to be left out, I wanna watch what everyone else is into because I don’t have a mind of my own. Even the revered and sophisticated Criterion Channel is now informing viewers what’s “popular now.” Come on Criterion, you’re better than that. Criterion, like a lot of bookstores, has “staff picks.” I’m okay with this. If you work at a bookstore you’re presumably well-read which means your opinions on books at least carry a little bit of weight. Similarly if Criterion employs you, you’re likely a cinephile. If not, lemme know, I am a cinephile and wouldn’t mind a gig there. I just took a look at Netflix’s main page and it raises some questions. In addition to “trending now” there’s “Top Ten in the U.S. Today” and “Popular on Netflix.” Excuse me, but wouldn’t these all be the same fucking thing?

I regularly receive emails from The New Yorker magazine informing me that I can order x number of months for fifty per cent off. But there’s a catch. I have to act fast!!! The offer expires in x days. I subsequently receive countdowns about this sale right up until it ends. Oh well, I blew it. Didn’t take advantage of this incredible offer. But then….a week or two later there’s a similar offer and when that expires, if I’m patient, there’ll be another and another. I singled out The New Yorker (a very good magazine, by the by) but other publications do the same thing. In actual fact I wish them well, we need a free and vibrant press and especially news outlets and magazines that skew towards the truth. There’s enough slanted news out there these days. But don’t think I’m taken in by these soon-to-expire once-in-a-millennium offers.

Recently I started reading a book called Lincoln on the Verge (it is justifiably called a page-turner as one has to turn the pages to read it — books can be like that). It’s principally about Lincoln’s journey as president-elect from Springfield to Washington D.C. before his inauguration. It was fraught with peril as many, many people preferred the Great Rail Splitter dead. Anyhoo, much is made early in the book about the recent influence on national affairs of the telegraph. Along with the wonderment and joy of being able to spread news and share messages in record time, there were serious concerns about the nature of some of the messages and let us say “fake” news that was being disseminated. Thus this is not the only age in which false narratives and outright lies have been spread by a new form of communication. The more things change….

I should henceforth end emails as follows: “the favor of your reply is requested.”

Cause, cousin, I ain’t been favored with replies to most emails I’ve sent recently. The vast majority of these have been regarding my book, usually to someone representing an organization. I’d prefer someone write: “buzz off, not interested,” then nothing at all. It’s downright rude to leave a person hanging. It doesn’t take but a few second to reply, “no thanks,” and hit send. Oh I know, people are just so “busy.” No one is that goddamned busy that they can’t send a quick reply. It’s not like I’m being rude or pushy. Usually I’m merely making them aware of the book, offering a quick synopsis and asking if they’d like me to send them a copy. If they like it they can in turn recommend it to their brethren. I don’t expect everyone to come begging for the book. I imagine I’m barking up a lot of wrong trees. But if I am, tell me. Nobody likes the silent treatment.

I don’t understand “no trespassing” signs. For one thing, how do they work? Do potential trespassers see them and say, “shoot, better not trespass here, they don’t allow it.” And what about us non-trespassers? If there’s no such sign on someone’s property, do some among us figure, “no sign here, guess I’m free to trespass.” In a few rural areas I’ve seen signs that read, “absolutely no trespassing.” This seems to suggest that at other places there’s some wiggle room about trespassing but not on the “absolutely no” properties. In any event, I think I’ll continue my decades long policy of not trespassing (self-imposed since the end of my drinking days. You don’t wanna know).

You’ve doubtless noticed the differences in British and American English. Car boot or trunk of car. Elevator or lift. Chips or fries. Some of it is spelling and while I have no trouble with the British spelling, sometimes the differences are silly. Why the u, for example, in humour? Why the s at the end of math? But the worst is how they spell tons. Tonnes. Come on! Two ns and a superfluous e. That’s going too far.But among the many things I prefer about British methods, practices and modes, is their sports coverage. I watch a lot of English football (soccer, to you Yanks) and the difference between English sports announcers and commentators is as a very bright day versus a very dark night. There is so much more sophistication and erudition on the other side of the pond. There is none of the “gee whiz ain’t we stupid” false modesty and hominess that aw shucks, Americans foist on us.

While Americans will say: “they’re trying to tie this sucker up.” The English might utter, “they’re looking to get back on level terms.” More examples:

American: it was two-to-one Chicago when these two teams met here last season.

American: Johnson has been on fire recently.

English: Johnson has been very much the man in form.

American: The crowd is going crazy.

American: They sure screwed up on that one.

Posted by Richard Hourula at 7:04 AM