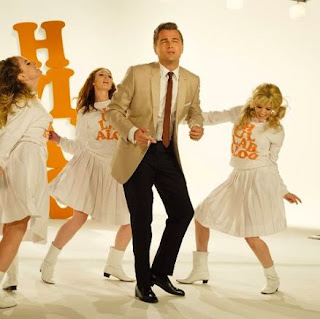 Among its other virtues, Quentin Tarantino’s brilliant new film Once Upon a Time in Hollywood, meticulously recreates Los Angeles in 1969. Tarantino has always been obsessive about details and never more so than in Once Upon a Time. Shooting in 35mm Tarantino here uses light, colors and palettes to suffuse Once Upon a Time with a sense of place. He is also a director who perfectly utilizes contemporary music (ala Martin Scorsese) as he did in Jackie Brown. In Once Upon a Time it is not just the songs that imbue the film with a sense of period, but the use of AM radio and its chatter and commercials. Kenneth Turan in the Los Angeles Times wrote of Once Upon a Time: “Things like character moments and quirks of personality as well as detailed specifics of popular culture, whether they be from film, TV, music or commercials, are not window dressing to pass the time until the plot kicks in; they are the essential reason “Once Upon a Time” exists.” So if you want to know what 1969 looked and felt like in California and particularly LA, you couldn’t do better than this film.

In his best films (Inglourius Basterds, Pulp Fiction and Jackie Brown) Tarantino doesn’t so much tell a story as invite us into one. They are escapes into a different time and place among some wonderfully eccentric and fully realized characters. When the credits rolled after Once Upon a Time I felt as if I was waking up from a perfectly vivid dream in which the reality of past events (as in Basterds) had been happily perverted. This is not surprising as there is a dream like quality to Once Upon a Time with its muted colors and surreal vignettes. Speaking of which, the scene in which the fading TV star Rick Dalton (Leonardo DiCaprio) chats with an earnest and precocious 8 year old co-star (Julia Butters) was for me a highlight of the film. Also Margaret Qualley as Manson girl, Pussycat looks, talks and acts like so many young women I saw and often lusted after in my youth. Casting is everything in Tarantino's better films from the extras to the leads. Margot Robbie was an excellent choice to play Sharon Tate and is a joy to watch whether she is dancing and ironing to Paul Revere and the Raiders or watching herself in a movie (the real Sharon Tate is on screen) or being squired around by Roman Polanski. DiCaprio and co star Brad Pitt are letter perfect as two buddies (Pitt plays Dalton’s stuntman) who are clearly misplaced in the emerging counter culture but through perspiration and inspiration survive and prosper all the same.

I saw Hollywood at a time when I’ve coincidentally been watching a lot films set in the Sixties, a decade of extreme beauty, violence, change and cultural revolution that fashioned the person I am today and transformed society more profoundly than any other recent ten-year period. For people too young to remember the Sixties or other old fogies who want a reminder of what it was like, you can certainly learn a lot through some excellent films and enjoy hours of entertainment in the bargain. In addition to Once Upon a Time Hollywood I present here some other movies that in different ways explore or reveal what the Sixties were like or look at key figures or events of the decade. Many were made in the Sixties or shortly thereafter while some like Once Upon a Time are from decades later. This is not meant to be a complete list, but I believe it to be a damn good start.

If…. (1968) Anderson. Over 50 years old and it hasn’t aged a day. If.... perfectly captured the zeitgeist of the time, it’s premier was surrounded by some of the signature events of the Sixties revolution. Malcom McDowell was the perfect person to play the protagonist, Mick Travis. Neither classically handsome nor muscular he had a Sixties everyman quality, sardonic, intelligent, witty and stoically defiant. If…ostensibly took on British classism and boarding schools but to audiences everywhere it was an attack on the establishment and cry for individuality and equality.

Harold and Maude (1971) Ashby. Both the young Harold and the aging Maude were a pair of lovable anti establishment avatars in this dark, somber yet uplifting film by Hal Ashby. There is nothing uniquely 1960s in the narrative but the film itself captures the rebellious nature of the time and the desire for non conformity. As a teenage boy I, like millions of others, related to Harold’s defiance of the social order in a much more profound way than I did The Graduate’s Benjamin Braddock. It was also a singularly different love story.

The Strawberry Statement (1970) Hagman. This is the worst film I love. While it is a disjointed movie directed by a hack it manages to embody the fractious nature of university life and the protest movements of the Sixties. I revere it so much in part because it brings me back not only to the time in depicts but to the time I saw it, a time when I felt emboldened to be part of the change I sought in the world. Strawberry Statement romanticized the protest movement and illustrated the idealism of youth.

Hearts and Minds (1974) Davis. There are a lot of good fictional films about the Vietnam War but your one stop film for really understanding the war, it’s victims, its warriors, its exploiters it opponents and its supporters is in this documentary, my favorite documentary of all time.

Monterey Pop (1968) Pennebaker. You could just as easily go with Woodstock but I think this documentary on the 1967 Monterey Pop Festival (especially the full version available through Criterion as opposed to the short theatrical version) is better quality and explores a mood and growing trend in music rather than a moment in time. There are many great acts in the films such as Jimi Hendrix, The Who and Janis Joplin but there are important and less remembered performers such as The Association, Ravi Shankar and Canned Heat. While the concert footage is superb, the film also explores the attendees providing an excellent look at fashion and mores of the time.

Medium Cool (1969) Wexler. It tells a story set in Chicago in 1968 that is very much a Sixties tale. A particularly powerful scene depicts the central character (a young Robert Forster who later co-starred in the aforementioned Jackie Brown) being confronted by a group of angry African Americans who insist their voice and perspective be heard. But what makes Medium Cool such a powerful film is that its culminating scenes were filmed during Democratic Convention and the protests outside of it. Characters intermingle with actual Chicago police actually beating actual protesters. It is a tour de force of cinema verite meets neo realism. For this conceit alone Medium Cool is worth a look.

Magic Trip (2011) Ellwood/Gibney. A documentary that features actual footage of The Merry Pranksters traveling across the country in their bus, Further, having a jolly good time and tweaking "the man." The characters include Ken Kesey (who with Sometimes a Great Notion and One Flew Over the Cuckoo’s Nest, wrote two of the great novels of the Sixties) and the legendary Neal Cassady. There are also glimpses of Jack Kerouac, Allen Ginsberg and Timothy Leary. Some credit the Pranksters’ antics and LSD use as catalyses for the counter culture movement of the Sixties. At the very least they were, in 1964, forerunners of it. The film is comprised of footage of the pranksters and adds subsequently recorded commentary from various members of the group. Great fun.

Malcolm X (1992) Lee.  Spike Lee’s film on the great black activist has no peer among movies depicting MLK or the Civil Rights movement. Denzel Washington is brilliant as Malcolm. While much of the film takes place prior to the Sixties it is highlighted by Malcolm’s later years and shows the rising of black consciousness that played such an integral part in the decade.

JFK (1991) Stone. There’s a lot to unpack in Oliver Stone’s epic look at the assassination of John F. Kennedy and the myriad complexities surrounding it. There are some wrong turns and some misdirections but there’s a lot of truth packed into this compelling film. It has inspired many to go down the rabbit hole of reading about the assassination and the endless conspiracy theories it has spawned. If nothing else it helps put a lie to the ludicrous official notion that there was a lone assassin (Lee Harvey Oswald). The Kennedy assassination was a pivotal moment in American history and its meanings reflect on the darker side of American politics.

One to pass on: Easy Rider (1969). Many lists of Sixties movies would include this highly popular film. Mine will not. I recently watched it again and was struck by what a god awful movie it is. What you can learn from the film is that Dennis Hopper was a terrible director and that he and Peter Fonda should not have improvised their lines. Jack Nicholson took the trouble to memorize his and not incidentally was the only decent part of this mess. The movie has no point, goes nowhere and says nothing.
Posted by Richard Hourula at 12:16 PM 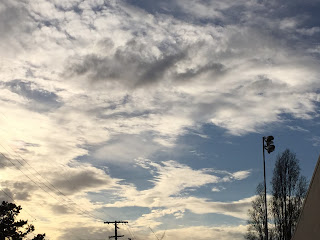